Never underestimate the power of snail mail!  In December, we received word that a friend of ours had died.  We knew it was inevitable, based on the information we had received several weeks previous, but we still felt a little breathless when we received the news that he was no longer among the living. This man had been very instrumental in my husbands career and was a dynamic force to reckon with.  He was big and tall and loud and everyone loved him.  The idea that he was now forever silent was impossible to imagine. He had so many wonderful attributes and he was admired by many who had the good fortune to make his acquaintance and we loved him as much as everyone else.

I didn’t get a card off to his wife immediately because I wanted to take time to write down our memories and very fond feelings for him in a way that had meaning for her.  I knew that she would be inundated with a flood of cards in the aftermath of his death and was certain she would not miss one from us with all that was going on.

Finally in late January, I had the time to sit down and compose a letter that included some fun memories we had about both she and her husband from many years ago and about our feelings of gratitude for their impact on our life.  I sent it to their home in Arizona and for whatever reason, it came back to us.  So it sat on the buffet for another week or two until I got in touch with someone who knew where I could send it where she would receive it.  Once I got that address, I sent it off in late February.  I did not expect any kind of a response.  I was only hoping that she would receive it so that she could feel happy that two more people  were offering her their love and well wishes and great sympathy. 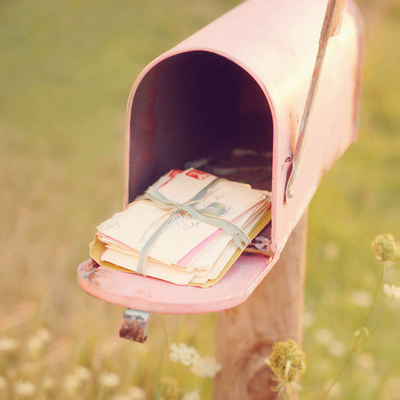 It is now May and just the other day, my phone registered a missed call but no message from an unfamiliar number.  I didn’t think too much of it….just that it was probably some unwelcome marketing call.  Then, later in the day,  I got another call from the same number, only this time with a voicemail attached. Surprisingly, it turned out that it was from our widow friend.  When we finally connected, and after a time of playing catch up on our lives, she told me this day was her 59th wedding anniversary to her husband and that she had spent the day reading through her memorial cards from her husbands funeral.  My memorial letter was one of the ones she read.  On my letterhead, I had put my phone number and my husbands phone number along with our address, encouraging her to give us a call anytime, never dreaming she would actually do so, because it had been 20 years since we had seen each other.

But, there she was on other end of the phone and the 20 years melted away as we talked and caught up.

It was such a lovely conversation and she shared withi me how much she enjoyed receiving this old fashioned snail mail because she could save it and bring it out to read any time she so desired.  She was so happy to read the words more than once, words that brought her husband back to life for her in the small amount of time she spent reading the letter.

Interestingly, during this same time, I also received a letter in the  mail from a good friend in the north country.  I couldn’t imagine what it was until I opened it and lo and behold it was a very belated Christmas letter along with pictures of her three children and multiple grandchildren.  It was SO unexpected and because it hadn’t arrived in the crush of Christmas mail, we were able to leisurely read the letter and look at the picture and enjoy seeing how much their family had expanded and to read of what each was doing. 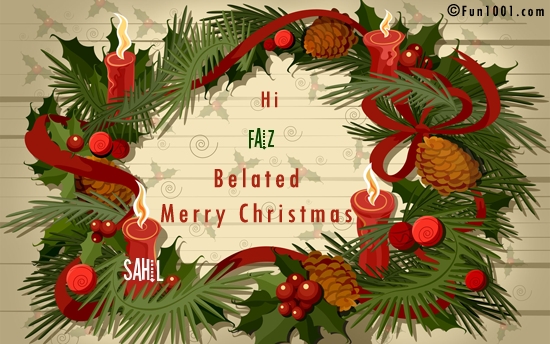 Snail mail!  There is still so much value in the art of a hand written letter.  Whenever I get a thank you note from our daughter, my heart does a flutter because I delight in seeing her penmanship on the front of the card.  I am so pleased to see her notes because I know that when she was a little girl, I taught her how to sit down and write a personal note as a way of showing appreciation for all types of gift offerings.  She would make Emily Post so proud in this day and age of a texted thank you’s or no thank you at all!  She most certainly makes her Mother very proud.

Well chosen cards for birthdays, anniversaries, friendship, get well, etc.,  still give a thrill to those who receive them.  Someones handwriting on the front of a piece of mail is always such a sweet thing to see, bringing about anticipation for what is inside.  The gift of words…the gift of love….the gift of expression.  It is so lovely for the recipient.  I am so glad I am still able to experience this little material piece of communication in the midst of a cyber world of words everywhere.  It is a taste of times gone by.

So, my dear friends….the next time you put pen to paper and write down your thoughts, when you address an envelope and attach a stamp, when you put it in your mail box and lift the little red flag, know this…….the person that you took the time to write will be opening his or her mailbox a couple of days later and will carefully carry it indoors, place it by their favorite chair, get a little cup of tea or coffee, will settle in and then begin the process of opening up this treasured piece of mail from you.  The best part?  They get to read it as many times as they want to, all the time imagining you as they look at your handwriting that is bringing to them news in your own words. Snail mail is under rated and it is one of the nicest gifts you can give to somebody! 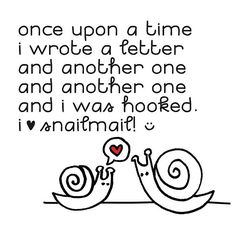