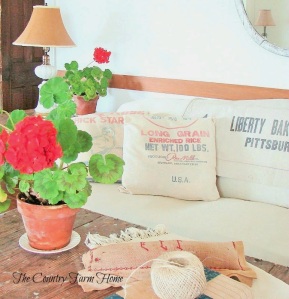 After Esther finished washing the dishes from her early morning breakfast with Artie she looked around the kitchen.  Everything was in its place.  She had made the bed right after Art left for work and there wasn’t anything really pressing on her schedule, so she pondered what to do.  Mentally, she did a quick run through of the house to see if she had left anything undone.

The house where she and Artie lived was modest, but perfect for the two of them.  There was a kitchen with upper and lower cabinets that ran along the entire wall opposite the doorway where one entered from outside. In the middle of this wall of cabinets was a window above a double sink. Esther kept little pots of herbs on the window sill and was able to watch their growth progress from day to day.  Through the window she could see the road that passed by their house out front, and beyond that, was an large open field where she could watch the changes that came with the seasons.

The wall to the right of cabinet wall held another large window which was also placed in the middle. Under this window sat a large round oak pedestal table where they sat and had their meals. Esther kept a patterned oil cloth tablecloth on the table to protect its surface. Through this window, they could see another field and the same road that passed by the front of the house winding it’s way down the hill. At the bottom of the hill, the main road continued on to the right. A smaller road intersected with the main road and veered left up and over another hill, providing a shortcut to the town center

Art and Esther enjoyed watching cars drive up and down the road past their property whenever they sat at their old table, though living in a rural area meant there weren’t all that many cars to see. The old oak table served as a place for their meals and provided them with a work station for book keeping, writing letters, doing crossword puzzles, or anything else they may decide to do.

On the wall opposite the table stood her cook stove.  Her  stove had 4 gas burners to one side and a deep well on the other side. This well provided space where one could burn wood for heat.  There were two circular metal lids on top of the well which could be lifted up so one could add more wood to the fire.

The fourth wall opposite the cabinet wall opened to a big pantry area, where Esther stored her prized baked goods.  She was proud of the many kinds of cakes and bars she baked in addition to her homemade Swedish rye bread.  This dense, heavy bread shaped in a circle was a family favorite. They liked to slather fresh cream butter on a hot fresh slice of bread and enjoy it alongside a cup of coffee.

Esthers small house also contained a living room, two small bedrooms and a bathroom. Under the main house was a large unfinished basement where they kept a potato bin, a canning  cellar, and an area where the washing machine sat ready for wash day.  That was all the space they had and they felt blessed to have it!

Behind the house, Artie had built a two story free standing garage on their property.  The lower garage was large enough to fit 4 cars in a perfect square.  However, they only had one car and Artie’s old jeep, so the rest of the space was used up by tools and lawn equipment. At the far end of the garage, beyond where the cars were parked, sat a long work bench the entire width of the back wall.   Two windows sat above the work bench which provided a nice light for working at the bench. Over the work bench, hanging from the ceiling, was a cord with a bare light bulb at the end for lighting the work space.

Above the garage, at the top of a long flight of open stairs was a living space.  To the left of the stairs was a room that held Esther’s weaving loom.  At the top of the stairs to the right was a very large room where two double beds stood side by side against a wall separated by a small table with a lamp.  On the far end of the room in front of the double window were two platform rockers.  The room was painted a soft light blue and the windows were covered with very sheer crisscross curtains.  It was a very pleasant space.

Esther enjoyed going up to her weaving room to make rugs on her loom.  Artie teased her that it was her “loom-room”.  She thought that was pretty funny and would chuckle when he used those two words to describe the space.  She liked to make rag rugs and she had fun choosing what colors the rugs were going to be.  She took long strips of fabric and wrapped them around a long wooden paddle which she slid between the two rows of tightly woven threads. Each time she threaded through the fabric, she would hit a floor peddle with her foot to alternate the threads and secure the fabric in place. Back and forth the fabric would go between the long threads. Each time she added a row of fabric, she would work the pedals below, alternating the rows of threads that captured the cloth.  Back and forth, back and forth the fabric would go and after each pass through, she would push a wooden bar against the fabric pressing it tightly in place. Each time a row was added she could see the rug taking on a design and shape as it grew in size. She made many rugs this way by using old fabric from cast off clothing, carefully cut in strips and attached to one another by thread.

It was here where she would get lost in her thoughts about life. Esther had grown up and married in this area. She had raised three children, two boys and a girl. Her youngest was 13 years younger than her only daughter so he sometimes felt he as if he had two mothers. She worried about each of her children, now adults, for reasons as unique to them as they were unique in this world! Esther knew that worry was a useless exercise but she also knew that all Mothers have a tendency to do just the same about their own offspring!

Her daydreaming was interrupted by the crunch of tires on gravel! Goodness! Artie was home and she had not even started dinner! How had so much time passed? Her mind quickly ran a pictured inventory of leftovers in the refrigerator as she scurried down the stairs. As she rushed through the garage door, Artie was coming up the walk and he gave her a big smile and said “So, hows it goin Mama?” She grinned back at him as she heard him call her by their children’s name for her. As they walked toward the house, he slipped his hand around her ample waist and said,

“It’s always so nice to come home to my sweet “Es”!

Esther felt a rush of deep love in that moment and knew that while they lived a very ordinary, uneventful, and quiet life, it was just the right life for her! She began to excitingly tell him about the rugs she was making on the loom he bought for her a few years back. As they walked into the house together, the screen door slammed shut behind them which startled the birds out of their giant lilac bush close by.

Contentment is always the reward for a well lived life! Contented people live with an understanding that it is best to take one day at a time! Art and Esther were my Mothers parents and we were so fortunate to have been absorbed into the ordinariness of their daily routine any time we went there to visit as children.

Through them, we learned how to enjoy the small, unremarkable moments of life. In those long ago days, we were blessed with the extra time that was part of childhood then, where we could observe and partake in many small activities that occurred in the humdrum activity of everyday life. No one thought to “entertain” us. We were easily entertained by watching the things they did throughout their day. I liked watching the old loom busy at work at the end of my Grandmothers arms and feet. I enjoyed watching an inanimate object suddenly fill with life and rhythm as my Grandmother propelled it into action. There has never been any toy ever manufactured that has been more entertaining to a child than spending time with ones own Grandmother and watching the miracle of old rags being woven into beautiful, useful rugs!

In these days of Covid19 and “shelter in place” I am not bored! I think the quiet, unhurried world in which I grew up benefits me now! Each day brings new promise and new things to do! I enjoy NOT eating out in a restaurant as I take long forgotten recipes and create old fashioned dinners. My husband, who grew up on a farm with a similar childhood, will often stand at the stove peering into a slow cooking pot that is emitting the most delicious aroma. Thank you to my Mother and Grandmother for simple recipes that came from a time and place where very few restaurants existed.

The most valuable gifts I have ever received came from a childhood where we were not at the center of everyones attention. We were a part of a family and knew our place in the scheme of family life. As a result, there was no “pressure” to be anything other than who we were. We could just “be” and that was the greatest gift of all. Time was a rich resource in those quiet days of long ago. With time on our hands to fill, our imaginations grew and so did our creativity! Time was what created and stored for me many memories to revisit similar to the one above. These memories are always there, waiting for me to take out and enjoy! I get to see, in my minds eye, my grandparents as real and vivid as the day I spent in their company.